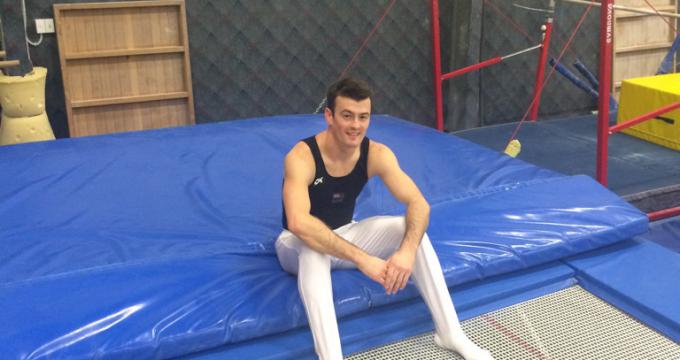 Like most Kiwis, at Orbit Protect we are seriously passionate about sport. We also love seeing people achieve their dreams, whether that’s travelling overseas to study or work in a beautiful country like New Zealand, or winning an Olympic medal!

That’s why we are the proud new sponsor of one of New Zealand’s top trampoline athletes, Jared Cooper. We are really excited to support Jared and help him achieve his dream of competing in the Trampoline World Championships in November where he hopes to qualify for the 2016 Olympics in Rio de Janeiro.

Jared has been flying high on the trampoline since he was just 12-years-old, mastering the art of multiple twists and flips that would send most of us spinning, but for Jared, that’s what he loves most about the sport – the extreme challenge, and the fact you can always push yourself harder, or higher.

Since he discovered trampolining 14 years ago, after watching his sister first take up the challenge, he has never looked back. Jared has worked his way to the top with lots of hard work, often training more than 25 hours a week, whilst also juggling his job as a trampoline and gymnastics coach. But it has all paid off.

Jared, who is currently ranked third in New Zealand overall, was aged only 17 when he won his first national championship title and since then he has won a bronze medal at the 2012 Indo Pacific Trampoline Championships, and has been the New Zealand champion in the Synchro event for the last three years in a row.

But it hasn’t always been easy.  In 2011, Jared’s dream of competing at the Trampoline World Championships finally became a reality after being named in the New Zealand men’s team. But just three weeks before he was due to compete he broke his leg and ankle in three places while training.

For many athletes such a horrific injury might have understandably resulted in the end of their Olympic dreams. But not for Jared. Three surgeries, 13 months of painful rehabilitation and a huge amount of steely determination later, he was back on the trampoline and ready to fight his way back to being at the top of his game.

Jared may thrive under pressure but he is still a typically humble Kiwi. If you ask him how he got so good at trampolining, the first thing he will say is he isn’t actually that talented, that is has been commitment and hard work alone that has got him to where he is today.

Jared now has his eyes firmly set on his next major challenge, competing at the Australian National Championships in Melbourne at the end of May.

We wish him all the best for his upcoming competition, and we know he will try his very best to be head and shoulders above his competitors.