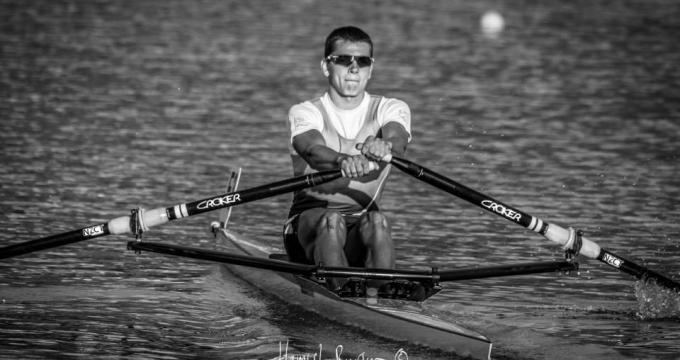 New Zealand may have a small population of just 4.5 million people but it has a proud history of producing some of the most talented rowers in the world.

The team at Orbit Protect are delighted to be the new sponsor of an extraordinarily gifted young sportsman who is determined to become an elite rower and achieve Olympic glory. And, if his recent success is anything to go by, then that’s exactly what 18-year-old Matthew Mesman will do.

It’s hard to believe that Matthew only began rowing last year. But in less than two years he has already made a name for himself following a dramatic rise through the ranks that has left everyone, especially himself, a little stunned.

Matthew and a friend decided to try rowing during their final year at high school simply because it looked like fun. But just six months after he first picked up the oars Matthew was good enough to be competing in the New Zealand Rowing Championships.

Although he didn’t win any races, his talent was immediately spotted and shortly afterwards was he selected in the South Island under-18 team, which went on to a landslide victory against the North Island squad.

Since then, Matthew has been named in the Southern Regional Performance Centre (RPC) squad, came third in the Under 20’s singles event at the national championships in January and was recently named in the New Zealand Junior Rowing Team to compete in the quadruple skull event at the 2015 World Rowing Junior Championships in Rio de Janeiro in August.

Matthew, who juggles up to 30 hours of training a week and works as a farm hand, attributes his staggering success in such short space of time to having a fiercely competitive streak and a natural ability for rowing. At six feet, five inches tall and having an impressive arm span of 2.10 metres, there is no doubt that he is naturally built for the sport.

Matthew is so determined to achieve his dream of competing at the 2020 Olympics that he decided to postpone starting his engineering degree until next year so he can focus solely on rowing.

It’s a gamble that has paid off. Now he will be competing in Brazil on the same course that has been designed and built for the 2016 Olympics.

Matthew describes rowing as addictive, and although he wants to forge his own path, he still takes inspiration from rowing giants like Olympic gold medallist Mahé Drysdale who also began his rowing career later in life and went on to achieve Olympic glory.

The entire team at Orbit Protect look forward to watching Matthew on his journey to make his Olympic dreams a reality and we are proud to support him along the way.