Posted by OrbitProtect on 16 December 2015 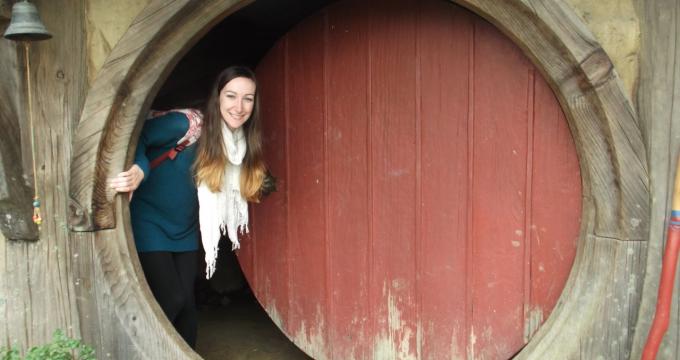 What’s it really like living and working in New Zealand on a working holiday visa?

When 23-year-old Laura Symonds decided to leave home in England and come to New Zealand on a working holiday visa she didn’t know a single person in the country. It was her first time travelling overseas on her own and all she knew was that she wanted to work on a ski field and enjoy all the snowboarding that the towering New Zealand mountains could offer. Now, after more than 18-months working and travelling through the country she is preparing to return home after an unforgettable experience she says has given her more self-confidence, incredible memories and new friendships with people from around the world.

Laura came to New Zealand in March last year after finishing her degree in magazine journalism. She decided to enjoy a year travelling and take a break before launching into a career. ”

Laura admits travelling to another country alone can seem daunting. She wanted a little support during her first few days in New Zealand before heading off and exploring on her own, so before leaving the UK she made sure she was protected with travel insurance from OrbitProtect and also joined Working Holiday Starter.
Working Holiday Starter is a company that helped Laura set up her bank account, IRD number, met her at the airport when she first arrived and shared useful tips about travelling and finding employment in New Zealand.
“It was the first time I was travelling alone to a different country so I just needed a bit of support when I arrived. It was really helpful.”

Laura says she always found employment easily while in New Zealand using resources such as www.trademe.co.nz and www.backpackerguide.co.nz, as well as more creative ways of finding work such as hand-delivering her CV into businesses where she wanted a job. s worked for an airline food company in Queenstown, retail stores in Auckland and as a café assistant on the ski field at Mount Ruapehu. She was even able to make progress on her writing career by freelance writing and starting her own travel blog!

Laura says some of the highlights of her working holiday experience included swimming with dolphins and seeing whales in the wild in Kaikoura, abseiling into caves and climbing up waterfalls surrounded by glow worms at the Waitomo Caves, living and working at Mount Ruapehu and visiting Hobitton. ”

“It’s exceeded all expectations. I would wake up and go to work in Queenstown, where the town is built on a beautiful lake, and think, ‘I can’t believe I am living in a place like this’. Or working at Mount Ruapehu in an area where you can do the Tongariro Alpine Crossing or climb to the crater lake of Mount Ruapehu, as well as live with other backpackers and make friends with different people from all over the world.”

Laura says her only advice to others considering coming to New Zealand on a working holiday visa is to be flexible so you can do spontaneous activities with new friends you make along the way. She also suggests trying new jobs in different roles, because you never know where it will lead. “Rather than taking a gap year and not gaining any valuable experience I think I have gained a lot. Being here has given me things to write about and opened up new opportunities. It is also good for character building,” Laura says. “It’s really a fun, new experience where you learn more than you could imagine. Not just about New Zealand but also about different countries and yourself as well.”
ENDS